Each week, we at PlayingExplorer take a deep dive into the available MTGA ranked ladder data from players in Platinum rank and above. We take what data we have and break down which decks sit where in the Explorer metagame. These tier lists include a rolling average to ensure decks don’t move too volatility on the tier list after one good week. If you’re looking for an example of that tier list, here is this week’s best-of-three and best-of-one tier lists.

This metagame breakdown article will accompany that tier list each Friday, and will go over the top decks, why they have seen increases, decreases, or stagnation in play, and cover what stands out as to why these decks are contenders in the metagame.

This week, we have our standard set of data from the ranked ladder from Platinum and up. Since Wizards is still not releasing Explorer data alongside their Historic, Standard and Alchemy data for some reason, we use a major tracker that we are affiliated with, in combination with Explorer tournaments with more than 50 players.

No big Explorer events this past week.

The data above is broken down by our Explorer Competitive Guides – a group of players on the PlayingExplorer team (which includes the author of this article) who have met certain metrics to qualify to be a Competitive Guide and maintained those metrics each month to remain on the competitive team. While leaning on the data as much as possible, the competitive team often shifts decks up and down based on their experience and feelings about expected matchups. The input from our competitive guides, combined with the data, makes up our weekly tier lists.

Decks in this tier are the most heavily played and format dominant. These decks are the core that the rest of the meta revolves around. Players should be prepared to face these decks multiple times throughout a series of games on the ladder or in a single constructed event.

The Explorer version of Rakdos Midrange has been very consistent in how powerful the deck can be. New cards from the release of Dominaria United evolved the deck to include other cards such as Liliana of the Veil and Sheoldred, the Apocalypse.

This week, Rakdos Midrange almost re-entered the sometimes-present S+/Tier 0 Tier, as it is seeing more than double the play of any other deck in the format. The same shift almost happened on the Pioneer tier list as well. This clear gap between Rakdos and every other deck is definitely something to continue to keep a close eye on.

Decks in this tier are generally on the same power level as those above it, and consistently post top results at events. However, due to certain factors like deck population or weakness in a key matchup they are not as format dominant.

While maintaining to be a powerful and popular deck, Abzan Greasefang maintains its A Tier ranking. Nothing has really changed in most of the lists being played; it just continues to be a feasible game plan for grinding the Explorer ladder.

Mono Red. A deck that lots of players tend to love or hate. While this archetype remains in A Tier, the lists themselves are evolving. More and more players are switching from the Embercleave game to the odd-mana-value version of the deck with Obosh, the Preypiercer as the head of the 75 cards. With DMU adding another red one-drop, Phoenix Chick, it has helped the companion version have a little more power. Its continued A-Tier ranking is largely due to these changes in decklists.

Five-color enchantments has been decently popular since shortly after the release of the Explorer format. It’s colorful, flashy, and can have some difficult lines. This past week, the deck jumped from a D Tier ranking all the way to A Tier! Not much has changed with the lists itself outside of the top end cards. While playing the Mythic Explorer ladder, I have seen a mixture of Agent of Treachery, Koma, Cosmos Serpent, and Titan of Industry from a sacrificed Leyline Binding to Enigmatic Incarnation. In our opinion, this deck will bounce around from tier to tier frequently in the coming weeks. Decks in this tier are proven performers with strong finishes that will reward good player skill/dedicated play. However, they generally lack a certain level of power/consistency to take them to the winner’s podium on a regular basis.

A tribal deck that continues to perform and change as the seasons come and go, Humans are still continuing to perform best within the Abzan colors. General Kudro of Drannith leads our band of humans from C Tier up to B Tier. It still seems that some pilots are looking for which cards from Dominaria United will stay and go.

Continuing to maintain its B Tier status, Rakdos Sacrifice is performing just as well with this week’s changes. Keeping creature decks in check and outpacing midrange gameplans, Claim the Firstborn with combinations of Deadly Dispute and Witch’s Oven continue to be a big hindrance for creature decks such as Mono-Green Aggro and others. As mentioned last week, in Pioneer, a green splash for Korvold, Fae-Cursed King is becoming the norm. This still isn’t quite the case in Explorer on a large level, but I have come across this at least once this week. Have you tried splashing for the Cursed King yet? Another B-Tier decklist maintaining its status with a 68% win rate in Best of Three. This tribal tempo list continues to be a fan favorite of those that enjoy cheap creatures, counterspells, and card draw. You might be used to seeing Curious Obsession being played, but it now has a sister card in Combat Research.This new card from DMU acts as a few extra copies of Curious Obsession, allowing even more card advantage.

Decks in this tier are on an average power level for the format or are heavily underrepresented. Like our B-tier these decks can reward dedication to the archetype, but they will require a more concerted effort. Players should be aware of these decks, but not over-tune for these matchups.

Dropping from B Tier to C Tier, Agent of Treachery-type decks continue to be popular among those that still love these cards. With the meta evolving weekly, this deck needs to seek ways to combat the new dangers it faces. With my ventures on the Explorer ladder, it seems or feels like that the Izzet versions of Indomitable Creativity are superior in performance. Having the ability to use Torrential Gearhulk to cast Sublime Epiphany to create another Gearhulk to cast another spell like Magmus Opus just happens to help close games faster than an Agent of Treachery at times.

Devotion! The deck we “all” love in Pioneer has been another deck that moved around in tiers this week for Explorer. Still without our important land, this pile of awesome green cards can still perform decently well most of the time. At this moment, being a pilot of this deck myself, it is struggling to keep up with some matchups. I do love a good Mono-Green deck, but some innovation needs to be made with Karn, the Great Creator and Storm the Festival. With my playing this past week, I have noticed a few players have started to play Elder Gargaroth, a single Ugin, the Spirit Dragon, or even Titan of Industry within these lists. As much as I don’t agree with some of these choices, players are looking for answers to keep up with the meta.

Gandalfs are going to Gandalf! Azorius Control is still around and decently popular with a lot of players. The decline in this deck’s Tier rating can be due to the increase of Rakdos players this week. Rakdos generally just has a good matchup against UW Control. Last week, we mentioned that playrate was diminishing for UW in favor of Dimir Control; this week it seems to be the opposite. 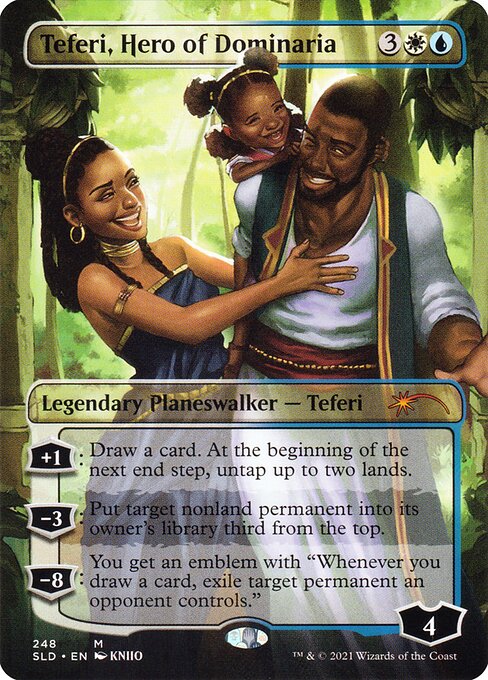 Omnath, Locus of Creation, Risen Reef, and Leyline Binding are continuing to tear it up in the Elementals lists with a 69% winrate! Nothing has changed much here with this archetype, but with the resurgence of Mono-Red and Humans becoming more popular, I would like to believe that the Elementals have a chance to climb back up in power soon. A decent amount of life gain and going tall and wide within these lists should help.

Decks in this tier will find the current meta hostile to their overall game plan. These decks can find success in the right environment, but the winner’s podium will be few and far between.

With this being our second weekly Best of Three Meta Breakdown, I’m a little upset personally where some decks have ended up at. (Mono-Green, no!) But! This is an ever-changing game! Things will always increase, decrease, or stay the same with the Explorer meta. I’m excited to get out there and try to innovate some ideas. What are you hoping to change? What are you working on yourself? Feel free to share with us in the Discord server if you’re a Patron! Good luck out there!

Explorer Meta Guide: Top Decks for the Week of September 16